Wilmington University professor Billie Travalini was honored with the 2018 Communicator of Achievement Award on September 7 at the National Federation of Press Women (NFPW) Communications Conference. This prestigious award has been given for 61 years.

The NFPW Communicator of Achievement Award is the highest honor bestowed upon those members who have distinguished themselves within and beyond their field. The recipient, chosen from nominees selected by state affiliates from around the country, is recognized for exceptional achievement in the communications field, as well as service to NFPW and to the community.

Travalini received the award during the organization’s annual conference, which was held September 6 through 8  in Bethlehem, Pennsylvania. Now in its 81st year, NFPW is a nationwide organization of professional women and men pursuing careers across the communications spectrum.

Travalini, Vice President, Programs for Delaware Press Association, is an adjunct professor of English and Creative Writing at Wilmington University in New Castle, Delaware. She also tutors undergraduate and graduate students at WilmU. She previously taught English at Temple University, and taught both English and Ancient and Modern Literature at Lincoln University.

The abuse Billie experienced while she was growing up has directed the course of her communications career. When teaching at facilities such as the Boys and Girls Clubs of Delaware and state detention centers, she focused on helping students understand the power of voice. Her professional goal remains constant: to speak out for those left out of the conversation.

Her memoir, Blood Sisters, winner of the Lewes - Clark Discovery Prize, carries the message of never giving up hope, no matter what happens.

In addition to professional achievement, the Communicator of Achievement Award recognizes service to the community and to the National Federation of Press Women. Travalini has served as an officer in the Delaware Press Association and has won multiple awards in the NFPW Communications Contest. She received the Governor’s Award for the Arts, Education and was named an Outstanding Volunteer of the Year for her work with Delaware’s youth. Her current project is the building of a respite/peer training center for young people with autism at Fort DuPont. Her goal is to turn a site that once provided inappropriate housing to needy children into a site where young lives are nurtured and celebrated.

Travalini also co-founded the popular Lewes Creative Writers Conference, now in its 12th year. In the spirit of the conference, she gathered stories and edited two anthologies, On the Mason Dixon Line: An Anthology of Contemporary Writers (co-editor, Fleda Brown), and No Place Like Here, which focuses on Southern Delaware.

The National Federation of Press Women is a dynamic nationwide organization of professional women -and men- pursuing careers across the communications spectrum. Membership in NFPW provides opportunities across all communications disciplines and careers to develop professional skills, receive recognition for published works, network with peers, protect the First Amendment, and nurture the next generation of communicators. The Communicator of Achievement Award is the highest honor bestowed by NFPW upon members who have distinguished themselves within and beyond their profession. The recipient, chosen from nominees selected by state affiliates, is recognized for exceptional achievement in the communications field, service to NFPW and to the community.

Wilmington University is one of the fastest growing and most affordable private, nonprofit universities in the region, offering undergraduate, graduate, doctoral and certificate programs in online and traditional formats. An accredited and respected leader specializing in exemplary student service, Wilmington University offers convenient and flexible options designed to prepare students for success in an increasingly competitive marketplace. Now celebrating its 50th year, the University has never wavered in its mission to offer opportunities to all who wish to transform their lives through quality education. For more information, visit wilmu.edu. 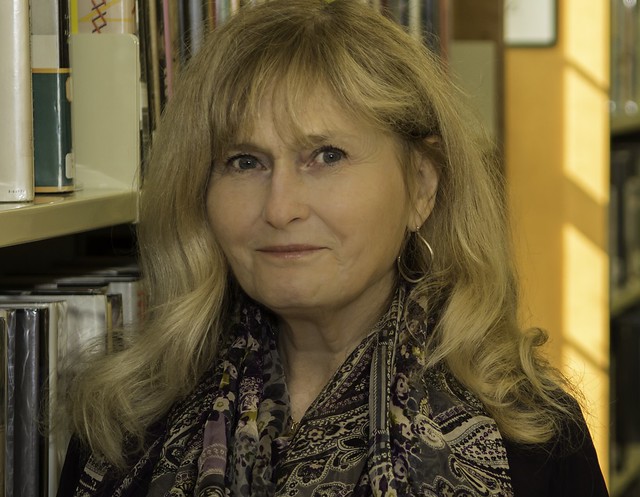 On Sept. 7, author and professor Billie Travalini was awarded the National Communicator of Achievement Award by the National Federation of Press Women (NFPW). She teaches English and creative writing in the Wilmington University College of Arts & Sciences. (Image courtesy of the 14th International Conference on the Short Story in English)